Cold-water corals are the enigmatic corals that grow in deep, cold water, even north of the Polar Circle. The reason why they live here is still hotly debated. My own theory is that they rely on locally produced nutrients, by fertilization of the local seafloor environment including the water column. This is the "Hydraulic Theory". In the figure below, this theory is explained as a sketch. The typically 5 m high cold-water coral reef attains energy (food / nutrients) from the bottom currents. Note the suggested seepage of nutrient-rich fluids from the sub-seafloor (arrows with question marks), the so-called substratum. This water contains important nutrients, such as sulphate and numerous primary producers (bacteria and archaea). The driver of this special process is the existence of free gas in the subsurface sediments. See the recently published article at: http://www.sciencedirect.com/science/article/pii/S0264817210000395 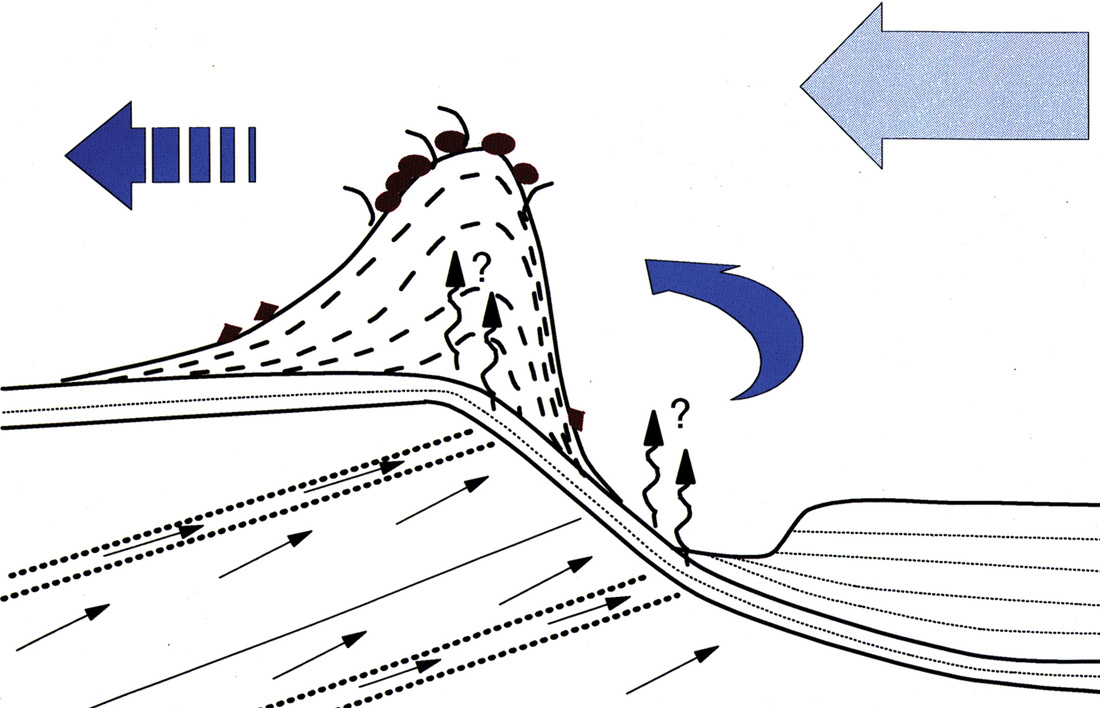 Unit pockmarks are small (<5m wide) craters in the seafloor that indicate seepage of nutrient-rich pore-water which are activated by the tidal cycle (i.e., twice per day). These features have been found abundantly beside Norwegian cold-water coral reefs, and supports the "Hydaulic Theory". The figure below shows an example of how they occur next to the "Fauna reef" off Mid-Norway. They occur up-stream of the living coral colonies. 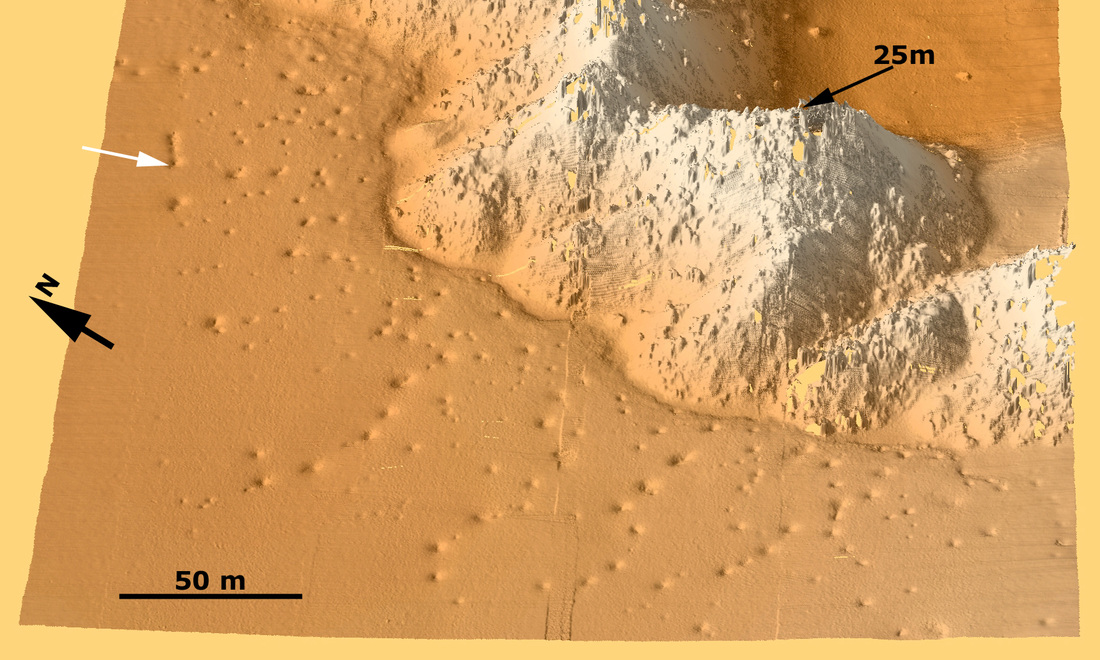 The coral reefs off Norway were first described over 200 years ago. However, it was only from 1990's that live colour video footage was attained from them. The pictures below are from coral reefs sitting at about 300 m water depth off Mid-Norway. The photo below shows the prolific life on a coral reef at the Morvin field (Courtesy of Statoil. See also Hovland, 2008: Deep-water coral reefs, Springer: http://www.springer.com/life+sciences/ecology/book/978-1-4020-8461-4
See also the website: http://www.lophelia.org/norway-videos 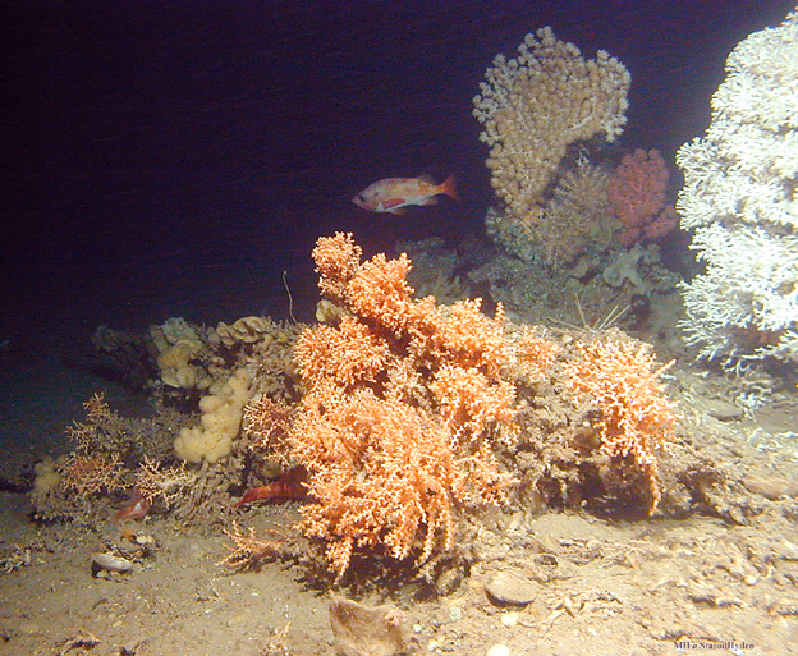 Also take a look at this: http://www.living-petrol.blogspot.no/