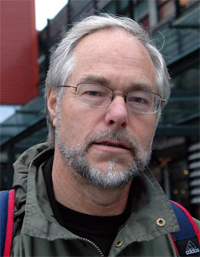 Dr Philos. Martin Hovland MSc PhD FGS, has been working for the Norwegian energy company Statoil ASA from 1976 to 2012 as senior engineer and marine gology specialist. He was simultaneously associated with the Universities of Tromsø and Bergen (Norway) as lecturer and adjunct-Professor at the Centre for Geobiology, University of Bergen. Since 1987 he has been member of the expert panel: Environmental Protection and Safety Panel (EPSP) for the Ocean Drilling Program (ODP) and the Integrated ODP (since 2003).

Based on his substantial seafloor observations with interpretation of seabed features and processes, he has published four books and well over 100 peer reviewed scientific papers. They span a full range of scientific topics from the seepage of hydrocarbons through the seafloor to large deep-water coral reefs occurring in arctic waters. His work on mud volcanoes, has later focused attention on the importance of buried hydrothermal systems in the migration of oil, formation at depth of mud and, not least, salt (NaCl). Thus, in 2002, he was leading a small research team in Statoil looking into aspects of hydrothermal processes. During this work, the group discovered the unique properties of supercritical water (SCRIW), a fluid which dissolves organic matter, but fails to dissolve some of the salts, like halite (NaCl), at specific PT-conditions. This discovery forms the basis for new research into the formation of hydrothermal salt on Earth and Mars. One of the main advantages of their hydrothermal salt theory is its independence of the solar evaporation of large volumes of ocean water, as the hydrothermal precipitation of salt occurs under-ground. His is known for two relatively controversial theories: "The Hydraulic Theory" for deep-sea coral reefs and carbonate mounds; and "The Hydrothermal Salt Theory" for the accumulation of large volumes of underground salt on Earth and on Mars. He is currently senior consultant in the Norwegian company Ambio Tech Team, Stavanger, Norway.

Martin Hovland attained his MSc (Cand Real, in Norwegian) at the University of Bergen, in 1969. His MSc thesis was on meteorology and his Norwegian Dr Philos degree (rated higher than the PhD-title) at the University of Tromsø, Norway, 1992. He became a Fellow of the Geological Society (FGS), London, in 2005.